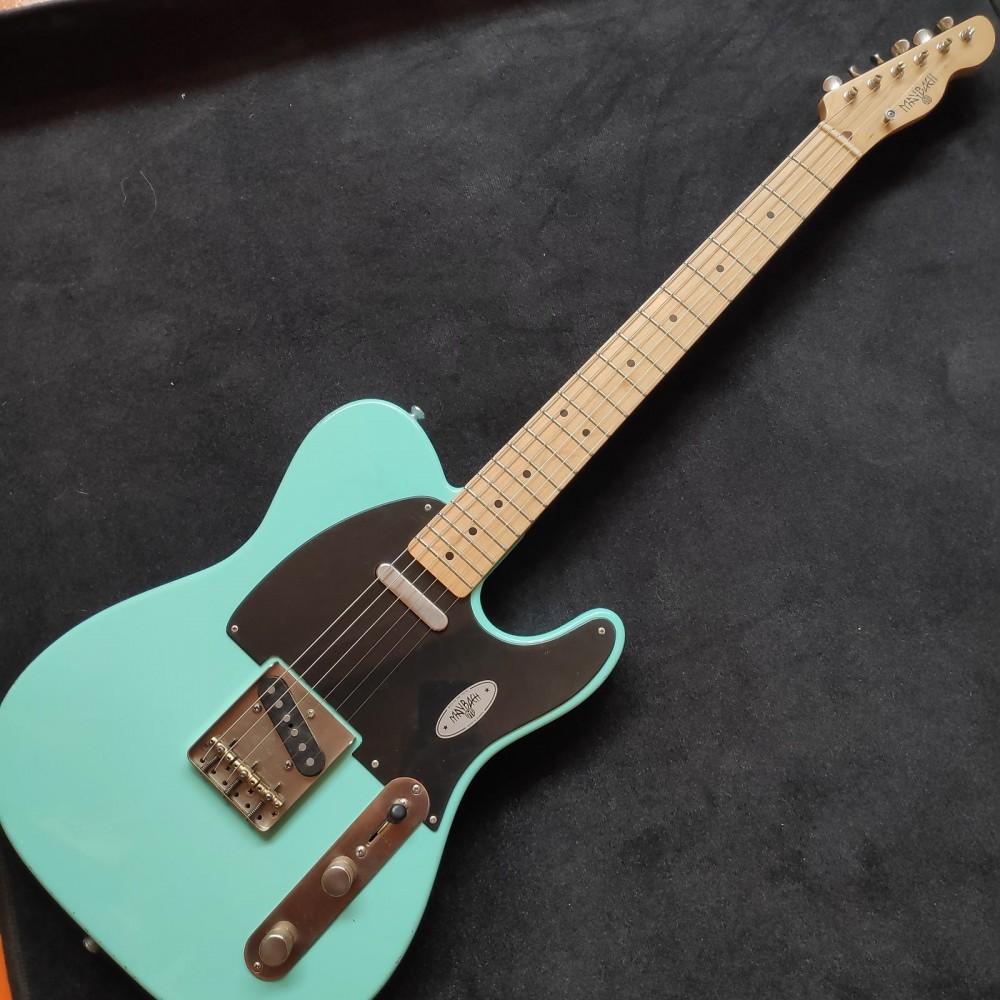 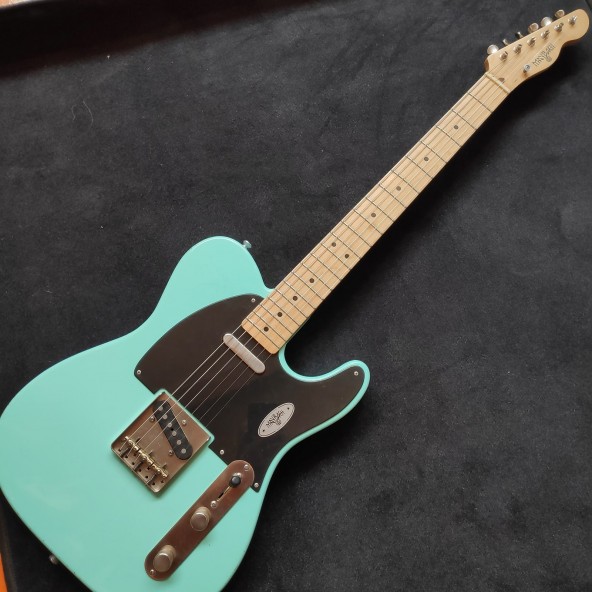 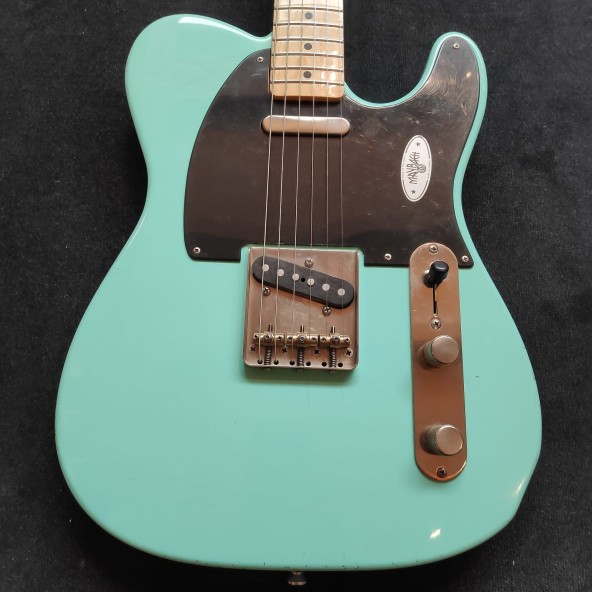 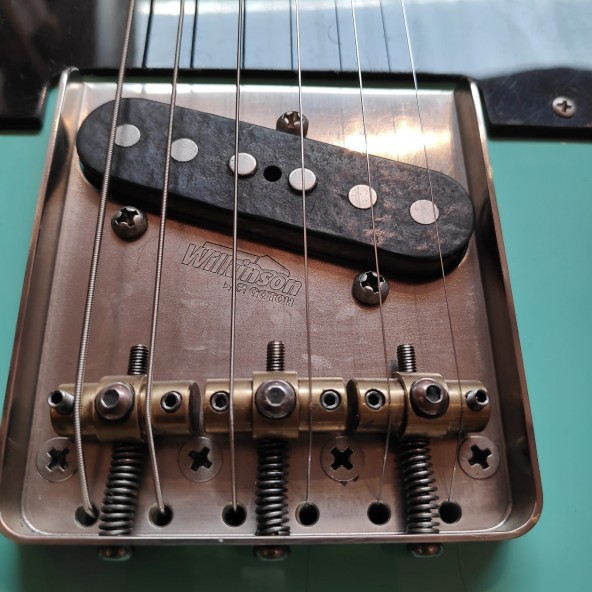 The year is 1954. Sounds that are heretofore unheard in this galaxy are created by the pioneers of guitar on new instruments. Bill Haley, Elvis Presley, Carl Perkins, Buddy Holly, Chuck Berry and many others gave a big bang birth to rocknroll and supplied a young, rebellious generation with a soundtrack and a philosophy.

Since the 1950's this guitar styles typical cutting sound has been described as twang.

Originally, T-style models were predominantly used in blues and country music but thanks to their distinct, assertive single coil sounds and robust personality they have found their way into all musical genres and are widely used not only by the Rolling Stones.

In order to keep the twangy sound from becoming unpleasant, Maybach Teleman models are equipped with special pickups by Amber Pickups that bring out the best tonal qualities of the woods used on body (sugar pine), neck (maple), and fretboard (maple and rosewood) a masterful combination! We only use nitro varnish on Maybach Teleman guitars which are available in the colours Butterscotch, Cream, Caddy Blue, Miami Green, Wine Red metallic and 2-tone or 3-tone Sunburst. All our electric guitars feature a relic finish as its undeniable that cracks in the guitars finish influence its resonance in a positive way. For guitarists who prefer a more percussive sound, the Maybach T61 with maple neck and rosewood fretboard is the perfect choice.

Tip: While soundchecking, set the tone control to 7 or 8 before you set the amp sound for the bridge pickup.